How to get Camera access in react native app? 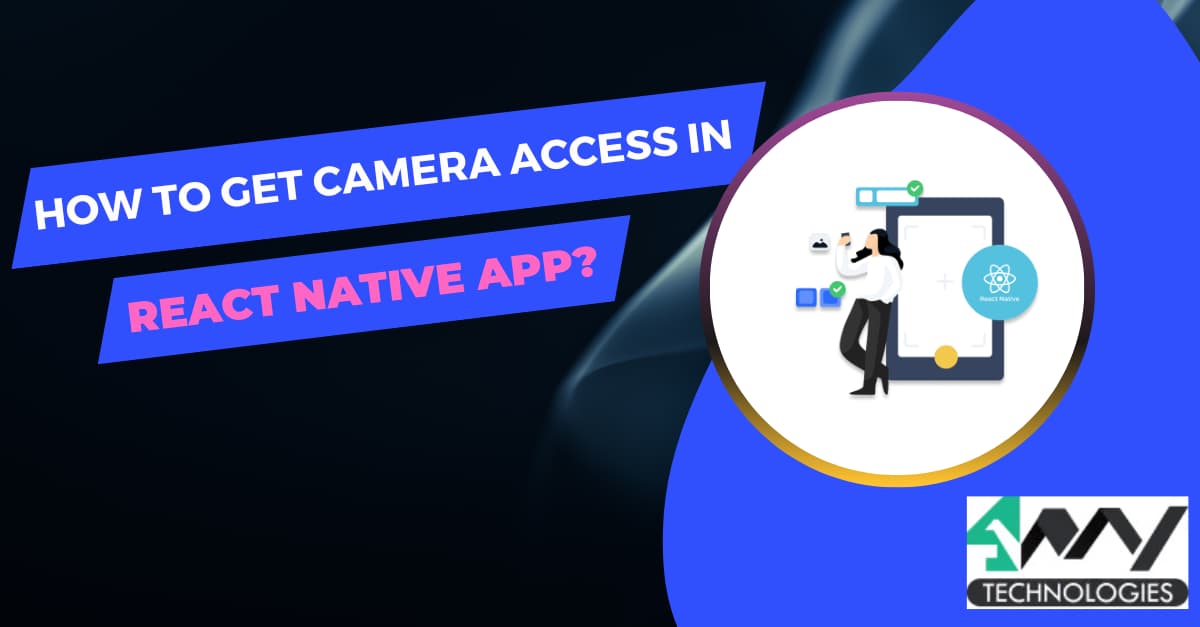 This is a continuation of the React Native tutorial blog where I would introduce you to how to get camera access and click pictures from your react native app.

Now every smartphone has an advanced camera app inbuilt in the device. You can also find camera apps of varied utility in the Android and iOS app store. To start with, I will build a basic camera app with a clickable button “camera”. Also, I will build an app for android devices. If you are looking for an iOS-based camera app, this tutorial blog may not help you.

Prerequisite concepts and criteria to be met

Even though you don’t need any prior knowledge to follow the steps, knowing certain concepts beforehand will motivate you to learn more about the utility of the React Native framework.

Find the complete codebase for this project in the App.js folder of this Github repository.

Under the return() function, I used the <View> and <Text> component. This is to style the text alignment and vertical margin of the displayed text ‘Camera access’. Refer to image 1 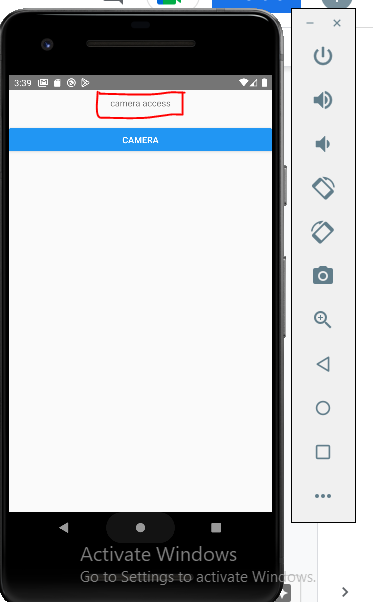 Here, <Button> component is used to get a pressable button on the app display screen with a title “camera”. It also has an onPress() which on pressing calls the cam() function.

Opening camera on the emulator 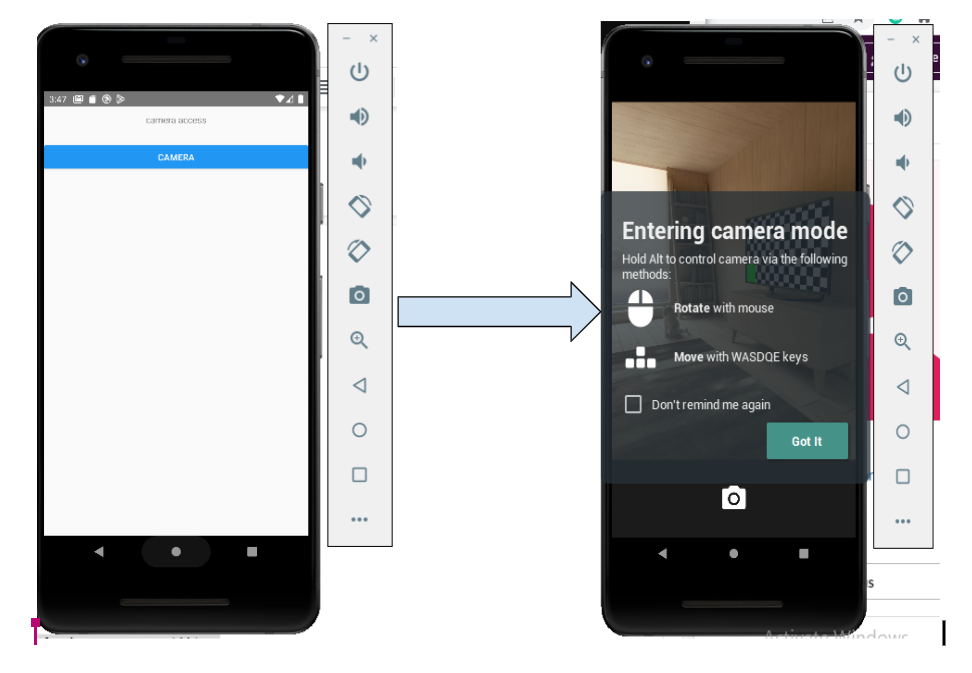 For navigating the camera, press Alt and move the mouse + WASDQE to navigate the camera. You can click as many images you want by clicking on the camera icon. Refer to image 3. 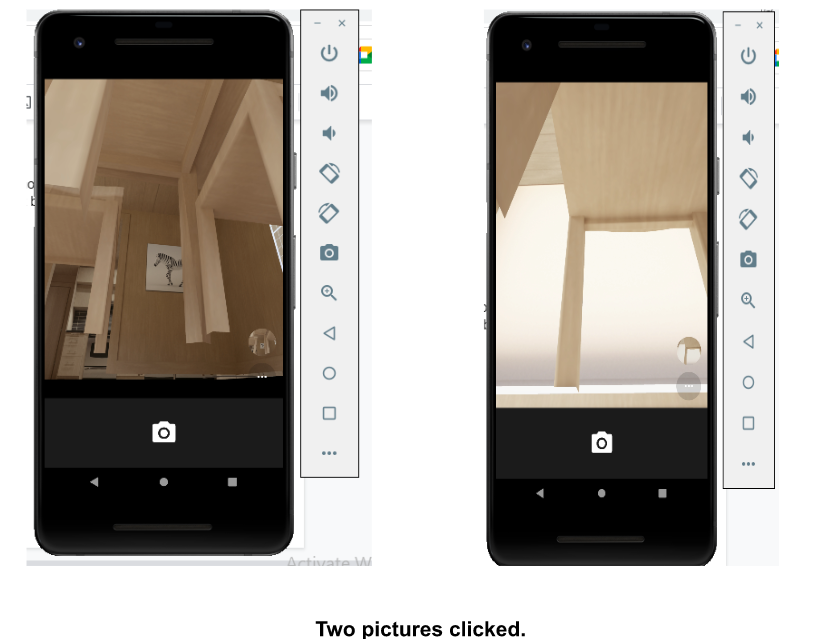 On pressing the three dots as shown in image 4, you can also try other options such as set time and get grid while clicking pictures. 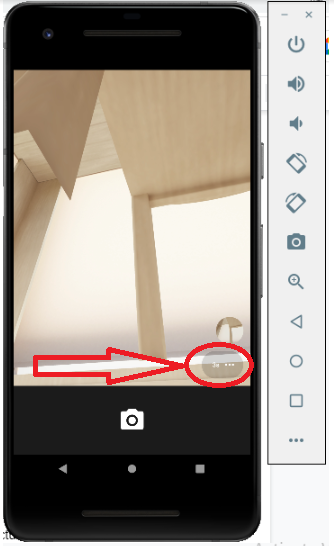 The utility of React Native has simplified the process of building a camera app. I have used the third-party plugin React-native-image-crop-picker from npm registry to access the camera option. It has shortened the codelines of the project. I was only required to import different components and style the elements using StyleSheet. If you have not yet tried the building camera, try the entire code in the VS Code editor to see how fun it can be.

Prerequisite concepts and criteria to be met

Opening camera on the emulator