How to create a ‘Send Notification’ screen in react native apps? 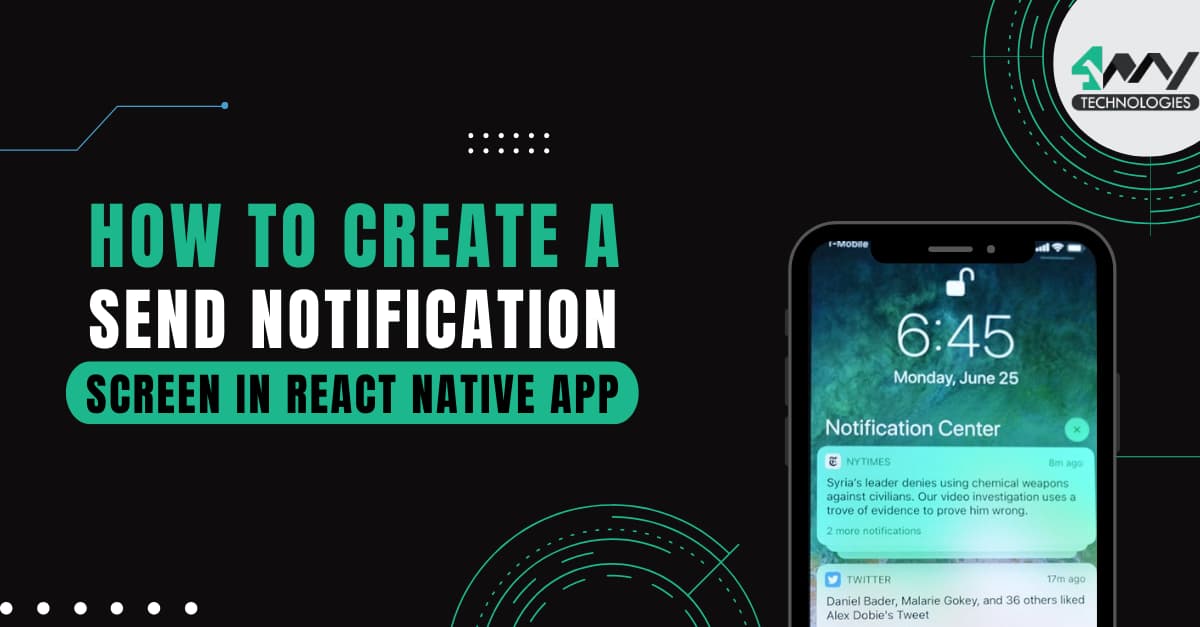 While making apps for business purposes, it becomes necessary to send timely notifications and alerts to interact with users. For this, the manual effort may not work. Creating push notification features have come into play. React Native app development brings you a wider possibility where you only need to integrate third-party plugin support to get the necessary components and functionalities.

Here, in this tutorial, I will explain how to get the push notification features in your React Native app.

These are like the foundation of starting with the React Native framework.

The option to integrate third-party native React Native libraries is a blessing for React Native developers. This not only simplifies the coding but makes the app user-friendly in terms of app size.

Explanation of code syntax in the Notification.js folder

Get into the first step of the codebase. Firstly, you have to call all the React Native components that you want to use in your app. Here, I have used View, Text, Button, TextInput, StyleSheet, useState, and pushNotification. You need to import all these components from the respective React Native libraries.

For adding different elements, states, and hooks for the push Notification feature, I started by introducing a function Notification. It will return a JSX element.

largeIconUrl is for setting icons on the app. You can easily add an icon under this parameter by adding the image address in the .png format. Also, you have to add the image to your app’s asset folder.

Createchannel is a function that I used to create a channel for push notifications. It takes an object (PushNotification) as an argument with two properties: channelId and channelName. The value of the first property is a string, while the second one is also a string.

Now, you have to use the function return() to return the UI of the app. It holds <View>, <TextInput> and <Button>.

Moving forward, I used the style prop, placeholder, and onChangeText props under the TextInput component.

Note that The onChangeText prop is a function prop. Here, it takes in the value of the input field as its argument.

This is similar to the above code syntax but for a different placeholder. Here, I used TextInput to let the app users input their text. This placeholder will have the text “Message” displayed on it before the user starts typing.

You can change the value of the message by typing into the input field. The onChangeText prop calls setMessage() which updates the Message state with whatever is typed in. Here, the function setMessage() takes an argument val. It will indicate the new message as the user input in.

Now, this way, you can use the StyleSheet to style the input field. It sets the fontSize, marginTop, marginBottom, and borderBottomWidth.

Code snippets in the App.js folder

Consider the following code snippets from the app.js folder.

Here, App is a function that returns the component createStackNavigator. Wherein Stack is a constant variable with a type Navigator.

With the syntax, return <Notfication />; you can return a stack navigator that contains all other components in the application.

In simpler terms, it calls the entire code stored in the Notification.js folder in the same directory.

Now that the main part of the app building is done, let’s see how you can start the virtual device and run the app.

Testing the app on the emulator

Before running the app, you have to start the emulator on your system. 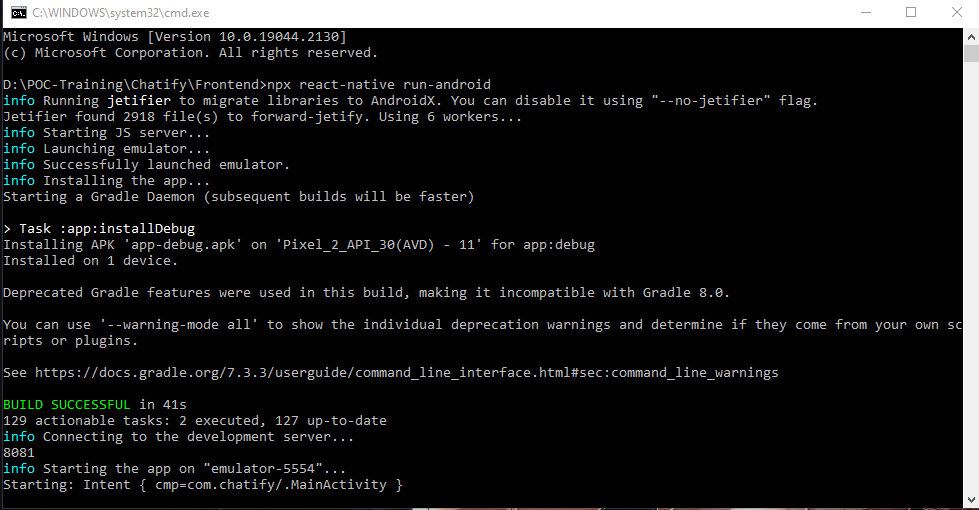 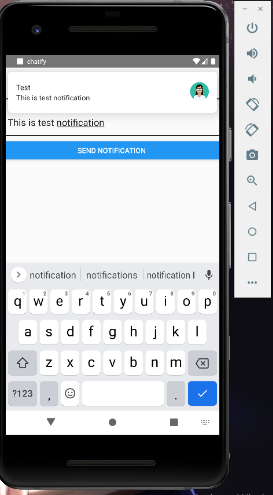 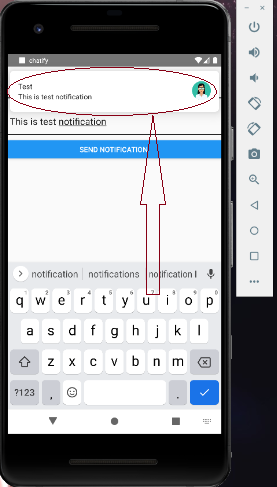 Navigating different featured apps is easy. However, creating such apps takes the maximum effort. On this note, React Native framework and its wide range of functionalities have simplified the developer’s effort. In the making of a push notification-based app, you have to make different folders in the same directory and import those files into the app.js folder. Check the GitHub repository attached and the step-by-step guidance to build your own ‘Send Notification’ screen.

Explanation of code syntax in the Notification.js folder

Code snippets in the App.js folder

Testing the app on the emulator