Ionic vs React Native: What To Choose? 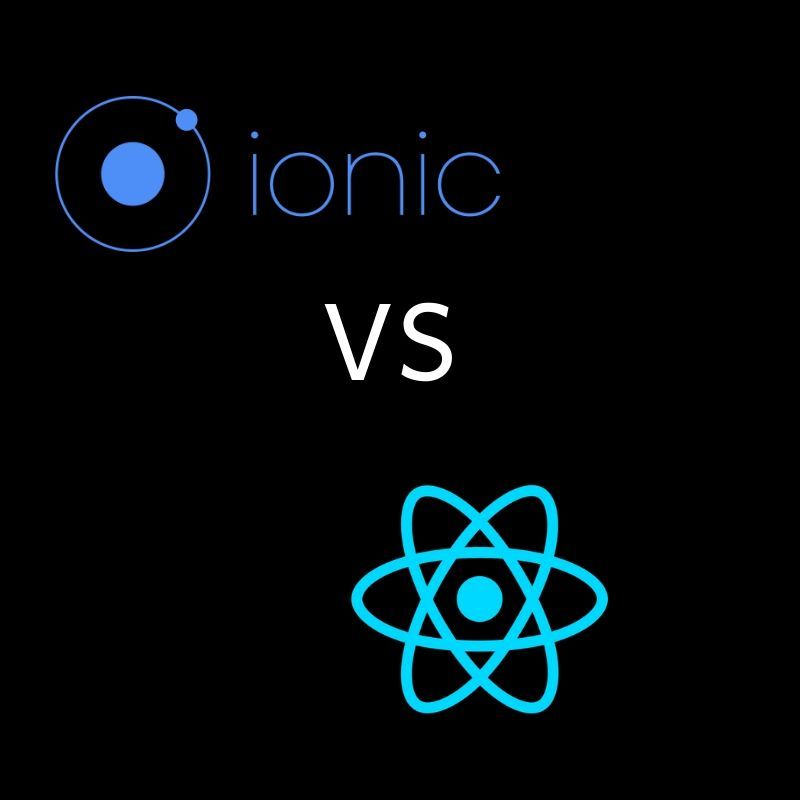 As the world is moving at a fast pace with the latest technologies and never-ending changes that are taking place in the marketing world, every business is making a leap and moving towards the “digital forms” for their business. And moving businesses to mobile phones is the smartest move as everyone uses smartphones and mobile applications are the best way to connect to the masses.

In this article, we have discussed and differentiated the two most popular frameworks used in the mobile app development environment; Ionic and React Native.

What is Ionic Framework?

Ionic framework is a complete open-source software development kit (SDK) for hybrid mobile application development created by Max Lynch with Ben Sperry and Adam Bradley in 2013. The first version was built on AngularJS and Apache Cordova. As per the new technologies, the latest version of Ionic is built as a set of web components.

You should also read about

What is React Native Framework?

React Native is a UI-focused framework developed so that the developers and as well as users can have the best mobile app experiences. It follows the Write Once and Run Anywhere (WORA) and dynamic runtime approach.

Are Ionic and React Native Similar?

But the greatest similarity for both the frameworks is no previous knowledge of iOS or Android native development is needed.

Ionic or React Native What to choose?

Before forming any kind of judgment one should be sure of the kind he/she wants to follow either Native or Hybrid.

It is the more flexible of the two. Here are the frameworks it uses –

So, according to the flexibility and web technologies, we see Ionic, the clear winner when it comes to technology/language stack.

The Ionic platform’s main focus is on native browser apps using HTML, Angular JS, and CSS components. It is a hybrid approach for app development and there is no doubt Ionic is ideal for fast prototyping for application development. The Ionic applications are modern, and it mainly focuses on the goal “write once and use anywhere” software paradigm.

Many times there are massive delays and low performance because of a lot of native callbacks due to the native code involved. And the major drawback is the mobile app developers should have to download various plugins to assess the native features when it comes to Ionic.

React Native is a stable platform that is perfect for large-scale applications and provides the best experiences. The main motto of React Native is to provide responsiveness and excellent performance.

No doubt, React Native is the clear winner when it comes to performance.

After going through this article, we understand that there is no best in ionic vs react native when it comes to the technologies one has to choose as per his needs and demands of the project in hand. but it is also a fact it's basically depend on the developers how efficient they are for native app customization you need a professional react native developer as well for ionic for great experience apps.

What is Ionic Framework?

What is React Native Framework?

Are Ionic and React Native Similar?

Ionic or React Native What to choose?