How to reduce APK size in react native expo 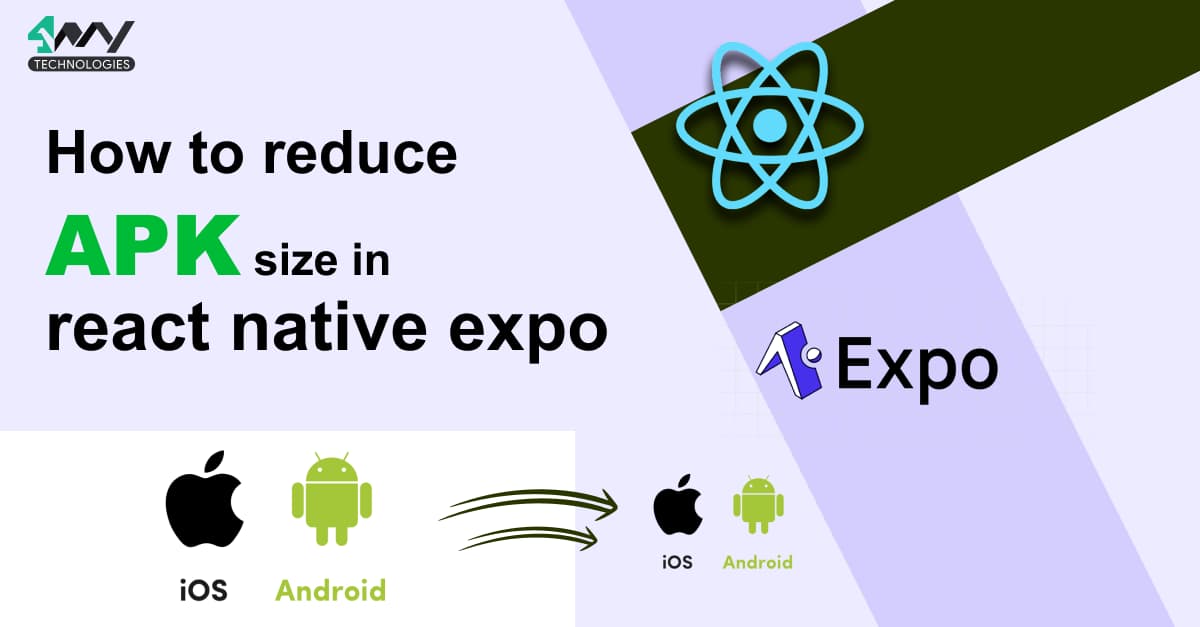 As per a survey conducted by Statista, there will be a steady increase in the revenue of all categories of mobile applications. It will reach about 613 billion USD by the end of 2025. Given the increase in the market growth of mobile apps, developers of react native are in huge demand. One of the major reasons is that React Native framework supports cross platform app development.

You can use two approaches for building a react native app. One is using React Native CLI or the bare workflow and the other one is by the managed workflow of Expo CLI. If you want to learn the app building and running process, you should check the article on ‘How to create and run react native apps in android phone.

However, in this article, we are more into addressing and solving the major size issue of Expo build apk.

Addressing the issue of APK size

Building applications using react native expo framework has always been exciting. However, the major issue that users have to face is its huge apk size. For a simple ‘Hello World’ app, the apk size is more than 25MB. This requires users to compromise on their other vital applications. Hence, the issue can reduce the acceptance rate of the React Native framework.

If you are facing the same issue, you can count on this article.

Before getting directly into the possible solution, let’s become familiar with the core of this issue.

Why is the Expo app size so big? The large size of the Expo app is because of the numerous built-in APIs and huge architectural layout regardless of its use. In simpler terms, the huge size of the expo build app is because the entire Expo software development Kit is created within the application. Although new APIs, it makes the app publishing process hassle-free, it unnecessarily increases the binary size of the app.

4 methods to reduce the apk size

EAS Build is known as the hosted service which you can use to build app binaries for both React Native and Expo projects.

Using the EAS build can allow you to ship the code base that you have used to develop your app. If you want to reduce the apk size, you should use EAS build since it runs prebuild in JavaScript projects. It also makes the compilation of the project much easier.

What happens when using EAS build is that it connects all installed dependencies while building native projects in the built package.json.

Considering this process, you can build an application of a minimum size of 3MB. Please note, that the size can vary based on the react Native or Expo SDK version.

2. Consideration of the Play Store data

This method may not be a realistic approach to reduce the apk size but can clarify what you should focus on.

You don't need to worry about the large size of the initial build. Google Play Store or Apple store has a unique technique to slice the build-up into fragmented binaries. Since we are here more concerned about the large apk size of Android OS, we suggest you create the .aab (Android App Bundle) version of the app and not the .apk version (Android Application Package). We also recommend you to upload the app as an AAB format. It will be the easiest way to immediately save the app size.

Ultimately you need to look at the final download size for different devices after you are done with providing the binaries to all the individual app stores.

Difference between .apk and .aab file

From the above image, you can get a clear visualization of why using the AAB format can help optimize the download size of the app by about 15%. The bundle format of the android app is used to build and distribute apps as per the device configuration of each user. Thus, you don’t have to carry the burden of the entire Android Package on your device.

Although building an app using Expo caters you several benefits like

But what about the large-sized binaries (approx 20 MB) that you receive as a complementary with your main app? In this case, you can migrate the project to React Native to decrease its size.

If you want to make the app size to titbit, you should definitely opt for this fourth process.

Follow along the steps and get your mind blown by the dramatic reduction of the app size.

You will be directed to a similar screen as shown below. 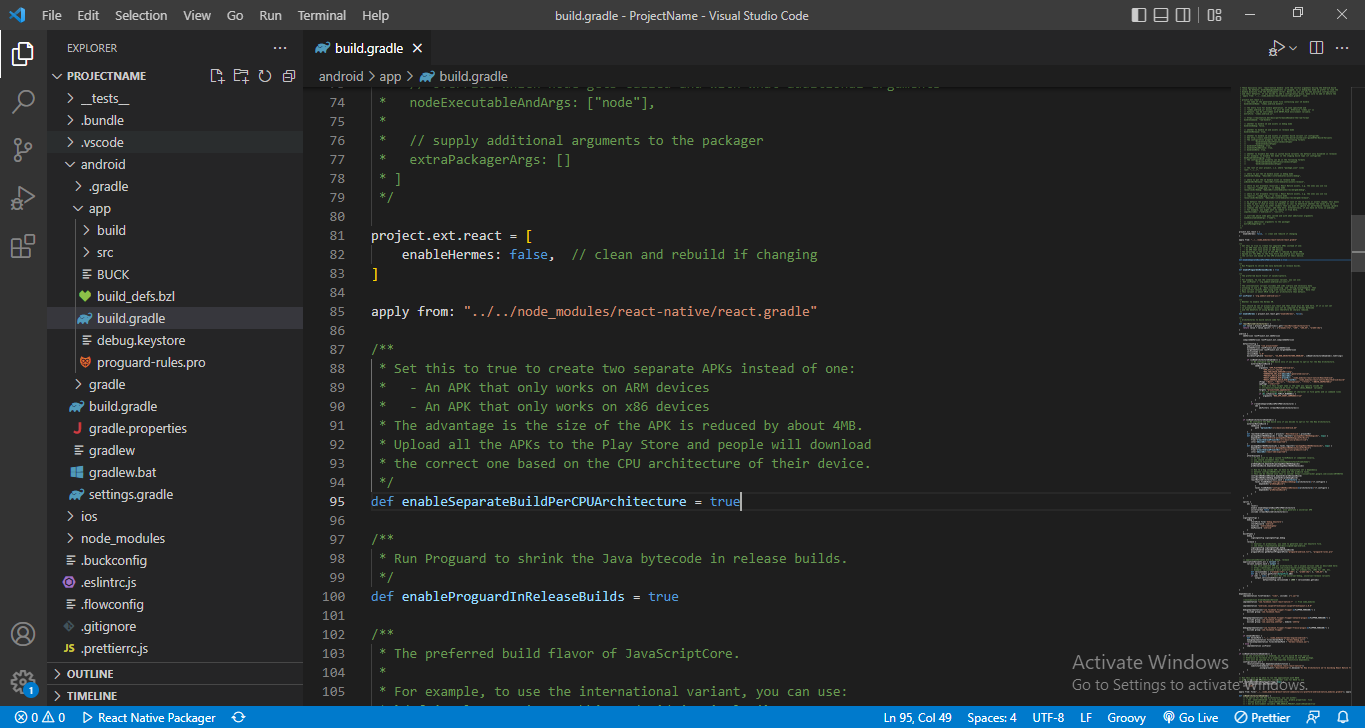 It is done. You have successfully removed irrelevant codebases from the final apk build thereby shrinking all the resources.

You have 4 methods to deal with the large size of the Expo apk build into your app. However, if you are not willing to choose any of these, you can use the version of Turtle CLI to build the Expo standalone apps. It is a command line interface that you can use both on the private computer and CI. this has been developed particularly for the React Native Expo users to get the benefits:

If you are planning to build apps, I will suggest you use Turtle CLI rather than the conventional expo build. However, the expo build will be in operation probably till 4th January 2023. So this is the time to upgrade yourself and befriend new app development technologies.

Addressing the issue of APK size

4 methods to reduce the apk size

2. Consideration of the Play Store data