The global market revenue of low-code development platforms is estimated to reach a whopping $190,792 million by 2030 from $12,500 million recorded in the year 2020 according to researchandmarkets.com.

AWS has launched Amplify Studio on December 2, 2021, which is a new low-code tool that will be used in the software development environment. This service will help the developers build cloud-based applications at a comparatively faster rate.

One of the most interesting moves by AWS is to connect the famous Figma to the Amplify Studio.

Low-code development platforms play a vital role in allowing the programmers to build robust software and applications even with very little knowledge of programming. Also, the core reason behind the increasing demand for low-code development platforms could be the increase in remote working culture, lockdown, and restrictions on movement worldwide due to the COVID-19 pandemic. These factors have also increased the demand for mobile apps offering gaming, news, and several other features.

As an extension to AWS’s already existing service known as Amplify service with the primitive aim of developing mobile and web apps, Amplify Studio comes with a drag-and-drop interface which is much easier to use. With the help of Amplify Studio, developers can quickly and easily create great UI components; build the backend of an application, and connect the backend to a UI in very fewer code lines.

Moreover, Amplify Studio also plays a vital role in exporting all the infrastructure and UI artifacts in the form of code.

It helps the developer command full control over the behavior and design of an application. AWS Amplify Studio also allows for smoother scalability and quicker shipping of a full-stack application without having the need for AWS or cloud expertise.

Additionally, the new ‘UI Library’ also helps developers in synchronizing the components from Figma to Studio by offering a handy Figma file in order to get started at a fast pace. 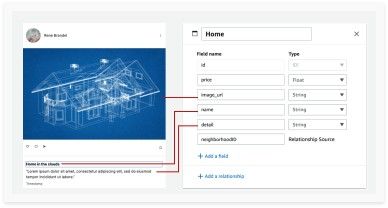 With AWS Amplify Studio, the Developer will also get a pre-built library of UI components from where the developer gets options of choosing a number of famous React components like forms, marketing templates, and buttons for customization as per the provided style guides. 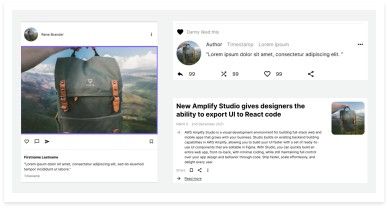 The Amplify Studio is also responsible for using the visual development environment in order to define user authentication, file storage, and a data model without having the need for any backend-experienced.

With Studio, developers can add AWS services that are non-existing in the Amplify Studio with the help of AWS (CDK).

With AWS Studio, testing the changes before pushing the app to production becomes easier.