With New funding, deno is set to challenge Node.js 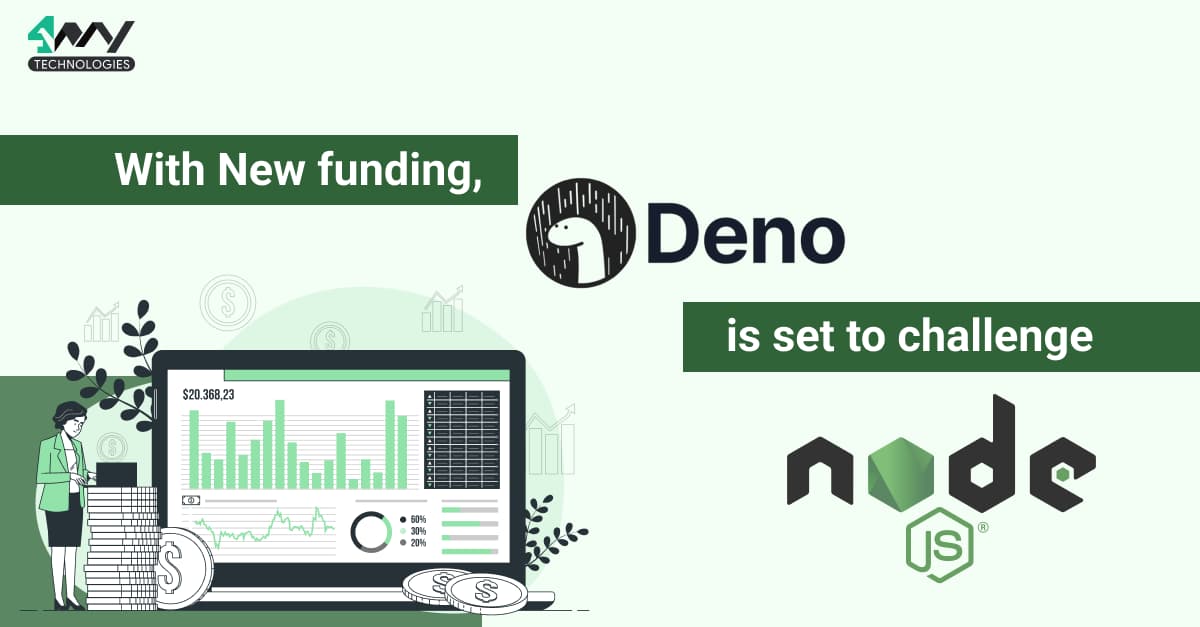 The new runtime for JavaScript, TypeScript and WebAssembly dubbed Deno was initially introduced in 2018. It is written using the V8 engine and Rust as the programming language. Deno's creator, Ryan Dahl aims to institute it as a standalone tool for swiftly scripting complex functionality.

Deno has quickly established itself as the prime competitor of Node.js in providing web service processes associated with services involving client-side applications. It is undoubtedly a daunting position for an enterprise like Deno to go into a head-on battle with a giant like Node.js. The slightly longer time taken by Deno for take-off is often attributed to this. To keep up with the Node.js behemoth, Deno was bound to have difficulties. However, with a recent turn of events in terms of investments, it should now be able to find its audience with the support of further financing.

Lately, Deno has frequently been viewed as the answer to the ongoing issues with Node.js development. Deno has its flaws to look after as well. These include an inadequate module system, security concerns, as well as the package manager might be replaced with a typical URL-based linking system, as is commonly highlighted.

Deno Land Inc., the firm that created Deno, reported in June of this year that it had received $21 million in a Series A investment round spearheaded by Sequoia Capital. This sum might go a long way toward filling in the remaining spaces in Deno. Deno invests further in a business plan that will set itself apart from its rival in addition to having the funding to contend with Node.js for a lion’s share of the market.

Deno can now be expected to be set to bridge the gaps present with Node.js

With the new investment, Deno is probably going to start by improving the technical ecosystem. In each technology ecosystem, third-party software is a vital component. They are motivated by the necessity of innovations, yet there isn't much work being done on a platform that isn't extensively used, and there isn't much work being done on a system that isn't thoroughly maintained or well-documented either. It can be useful to be aware that if an issue emerges when creating using a technology that doesn't have sufficient third-party packages, there is likely a limited abstraction possibility for that. Of the over 12 million packages in Node.js, Deno has only about 5,000 third-party packages. It is discernible that this right now requires thorough attention.

There is a need to add some organization to the project for presenting Deno as a stronger rival to Node.js. The hosting branch of Deno, Deno Deploy, is the perfect solution to that. In spite of last year's release of Deno Deploy, this "cloud service for hosting JavaScript servers" is continuously being improved. According to the company's literature, "by repurposing web browser technology for server software, we aim to accelerate a new generation of extreme low-latency edge applications." Deno Deploy is even a straight redirect from Deno.com itself.

For competing with the several frameworks that are compatible with Node.js as third-party packages. Deno also published its very own proprietary frontend framework, Fresh, in late June of this year. Fresh supports Typescript right out of the box and is built on the Preact Virtual DOM.

Deno can now be expected to be set to bridge the gaps present with Node.js