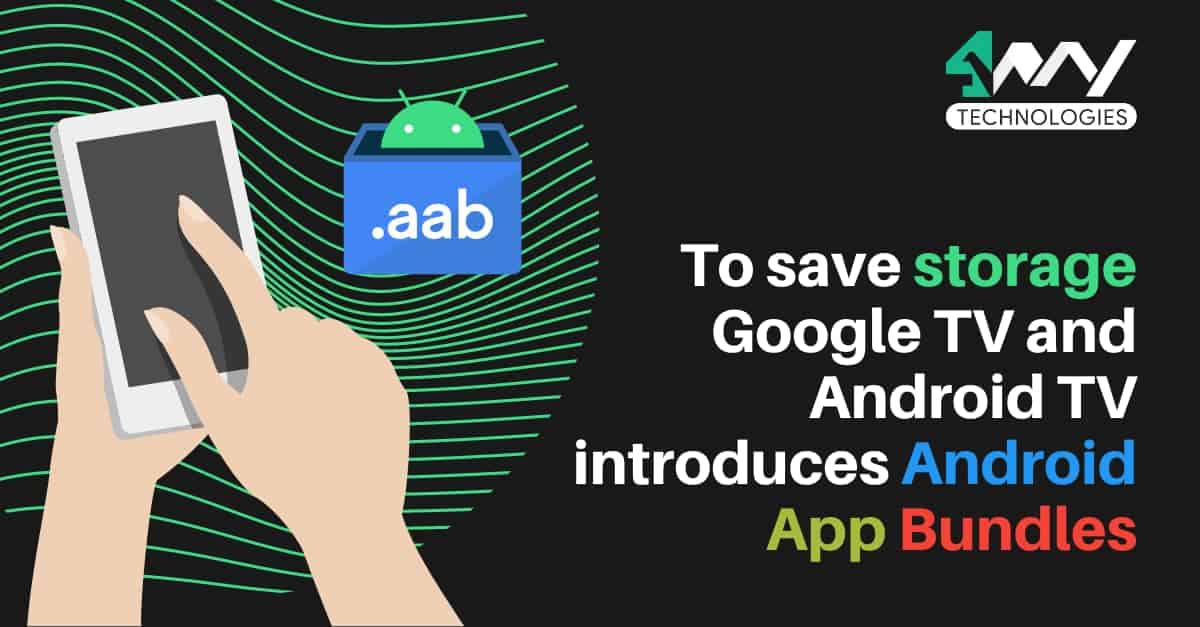 Launched in Android Studio version 3.2, "App Bundle" separates the app into subcomponents such as screen DPI and language. When an app bundle is served to a phone device, the Google Play Store identifies the device's compatibility and downloads the segments of the bundle. It thus reduces both the installation and download sizes. This method of downloading is known as "Dynamic Delivery," which has made the AAB format of the app highly effective for both users and developers. Also, AAB is highly compatible with 99% of available Android devices.

Android mobile app developers have already been in an advantageous state since Google introduced a replacement for the mammoth-sized APK files, thereby saving about 20% storage on a single app. It commits to bringing exciting features and additional improvements to the Android world. The average size of Android applications has increased significantly over the years. This came with the unavoidable caveat that the probability of a user installing an app decreased with its size.

The Android App Bundle targets to resolve this issue. With this development, we as app creators can ensure that our users, who are already burdened by large APK files on their devices, do not need to make any concessions. Developers can change the APK files to the more optimized AAB file format.

What are the motivating aspects for developers to adopt AAB over APK?

The excitement about considering the Android app bundles hints at new possibilities. After an app is disintegrated into a bundle, users can easily add features and elements after its installation. Google Play adds extra abilities to the AAB-built app using the Dynamic Delivery system, which is further tested in closed beta.

The AAB format may allow developers to modify the existing "Instant" applications without any need to create a separate version of "Instant Apps." After an app is altered into its instant version, it is easily accessed through a link without installation, making the app much more scalable. When a user can get all the content of an app without actually installing it, saving their device’s storage for other important apps, the AAB app format can be a true blessing for them. Most importantly, users don’t need to compete with other apps based on their size.

Google plans to integrate Android APP Bundles with smart TV devices such as Android TV and Google TV in May 2023 as part of an effort to modernize development practices. Storage restrictions are the major cause behind this shift. Considering smart TV editions in 2022 will have approximately 8 GB in comparison to 64 GB for smart mobile devices, this change will be of high importance.

Thus, by reducing the size of their apps through the AAB format, TV app development companies can surely expand their profitability.

"App Bundles create an average of 20% total size savings compared to their equivalent APK counterpart by optimizing for each device.” Furthermore, the adoption of AAB-format apps on Google TV and Android TV is being considered for increased security and ease of delivery.

An artifact containing all resources and codes of the built-in apps can allow the Google Play Store to seamlessly deliver optimized apps for a single device configuration, thereby facilitating the speed of delivery. Developers can even update the upload key in case it is lost, thereby enabling greater app security. Hence, apart from the users, developers can enjoy easy delivery of their apps in a shorter period.

With limited TV storage and a growing need for more smart TV apps, Android TV and Google TV will require app bundles. If a user is uncertain about the timing, a developer can change their APK files to AAB files, and it will take hardly 3 days to get the task done. Developers can archive their smartphone apps. Similarly, they should archive the TV to ensure that developers and users get advantages on storage-restricted televisions.

Note that if developers create apps that are not compatible with the AAB format, they should get it done immediately to get the app’s visibility in the dashboard of the smart TV. Thus, it is a mandatory step that developers would need to take.

What are the motivating aspects for developers to adopt AAB over APK?