Swift vs Kotlin: What is the Difference? 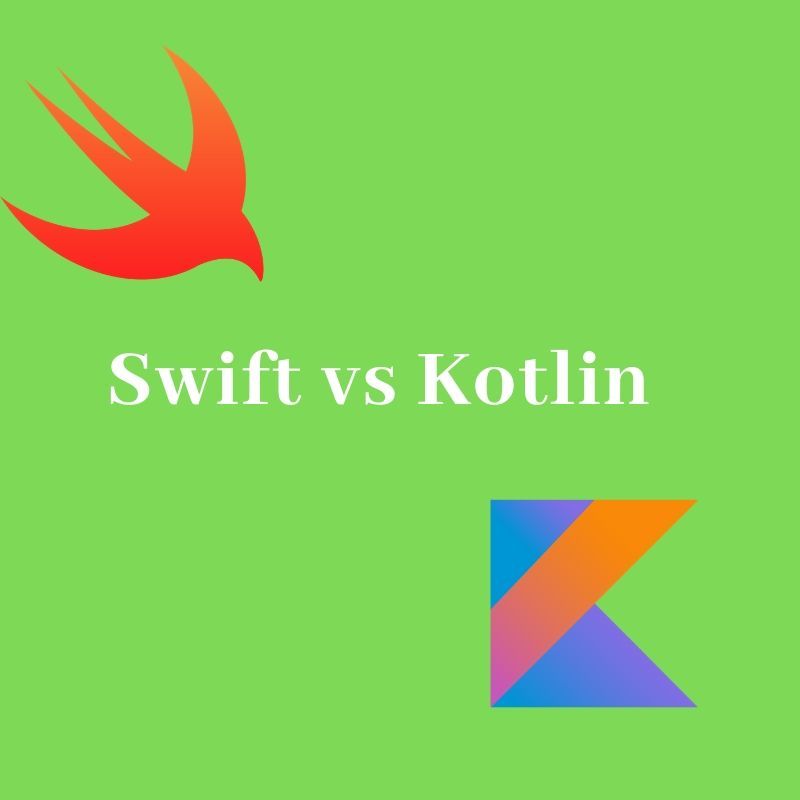 Kotlin is a programming language used for Android app development whereas Swift is used for iPhone application development. Both Kotlin and Swift are built on top of the modern programming approach and software design pattern. Both languages provide several inbuilt functions defined in an extensive list of libraries and amazing features to the mobile app development companies.

Kotlin and Swift programming languages were designed in order to interop with Java and Objective-C allowing for advanced and latest updates in applications to be significantly written in these languages.

In this article, we have discussed the differences between the most popular mobile app development languages; Swift and Kotlin.

Swift was inspired by Objective-C, C#. Swift was mainly developed to work with Apple’s Cocoa and Cocoa Touch. Swift has amazing features to address common but problematic programming errors smoothly. Swift can be executed with C, C++, and Objective-C in the same program. Swift is the best language for mobile app development for iOS.

Kotlin was developed by JetBrains and Google. Kotlin is a cross-platform, statically-typed general-purpose language with a type interface. Kotlin is mainly focused on mobile app development but it can also be used for web app development instead of JavaScript. The main reason to develop Kotlin was to have a language that’ll be interoperable with Java and the JVM version of its standard library. Kotlin is inspired by C#, Groovy, Java, and Python.

What are the Differences Between Swift and Kotlin?

Swift vs Kotlin – Purpose of Development

Swift vs Kotlin – Differences in the Language Norms

Kotlin code is interoperable with Java, the sole reason to develop Kotlin is to have an interoperable language with Java. Java and Kotlin classes can be in the same file and the application will run smoothly. Likewise, Swift coexists with Objective-C code.

Swift vs Kotlin – Which should you choose?

Swift or Kotlion, which development language is right for you? Well! Both the programming languages are modern when it comes to mobile app development. Swift and Kotlin both make writing code hassle-free and easier than the legacy languages used for iOS and Android app development.

We hope you will find this article helpful. After going through this article, you will understand that like always there are both similarities and differences between the two languages. Both Kotlin and Swift are evolving in terms of performance, programming advancement, and security. As both languages have their own perks but they both are great in their own ways like Kotlin for Android and Swift for iOS.

What are the Differences Between Swift and Kotlin?