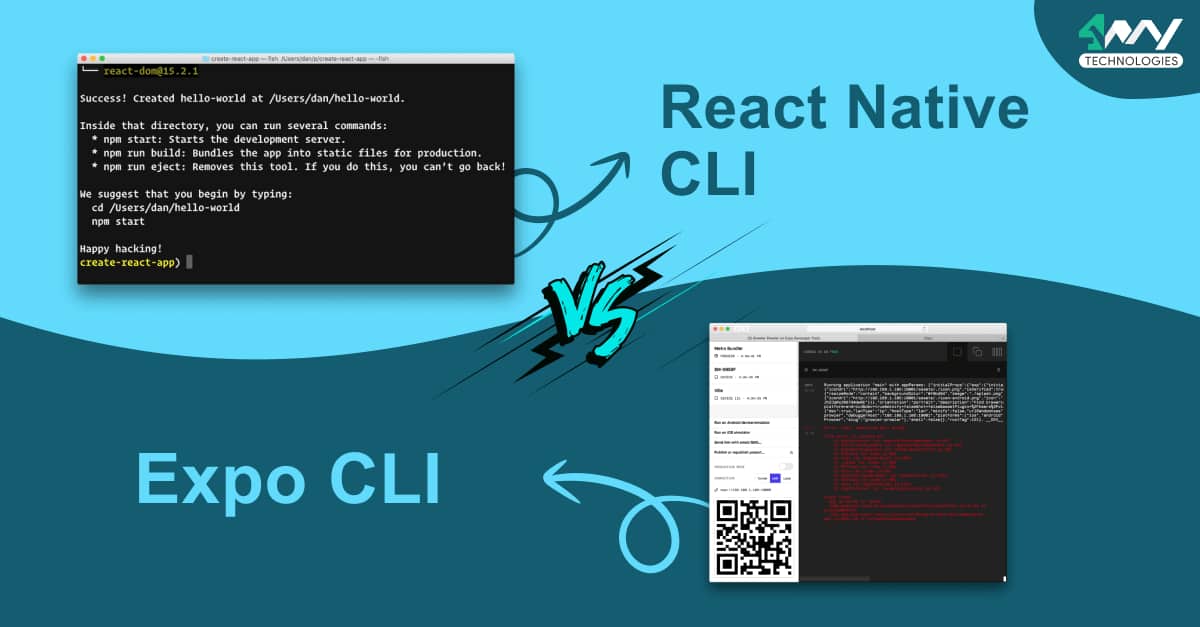 React native app has been in high demand among developers for its synchronous API, fast performance, and constant development in its architecture. If you are confused between expo CLI and react native CLI, you have come to the right place. In this article, you will get detailed insight into what to choose for the next react native app and why.

React Native has proven to be a competent framework for developing cross platform apps. While discussing cross platform apps, it is important to point out their utility. With the option to operate these apps on multi-platforms, you can get a native look experience. With an agile approach, you can also build an interactive UX.

But, why should you choose the React native framework? Due to the usefulness of React.js, developers have considered React Native as their go-to framework for developing native apps.

There are two methods in which devs can develop react native applications. You can either hire react native developers or can choose from react native CLI and expo CLI.

Are you confused between two of these options? Let us first know what exactly React native CLI and expo CLI is.

React Native is the open source cross platform app development framework. It acts as the bridge that combines React with the much-required parts of native development for creating easily accessible UIs.

What is React native CLI? React Native CLI is referred to as the built-in feature that allows users to take control of the project management locally. You can build and run bare-bones React native applications using react native CLI. It gives complete control over your project but for that developers have to put in manual efforts. They have to look after the independent native modules and link all the required libraries. The following command can be used to create the desired project.

However, to run the desired project, developers have to run the below-mentioned codes

Expo is a platform and a framework for universal React apps. It can also be defined as a set of services and tools built around native platforms and React Native. It can help developers to build, quickly iterate, develop and deploy Android, web, and iOS-based apps. This requires the same TypeScript or JavaScript codebase.

Is Expo built by the Facebook community? No, it is not built but acknowledged by them as the potential tool to build react native applications. Developers often face challenges in building apps. Expo is developed to provide developers with a managed workflow.

Now, what is Expo CLI? The Expo CLI is a layer around the bare React native. It makes tasks easy for developers. It allows developers to quickly start building their native apps for web, android, and iOS platforms using the same code base.

The upside of React native CLI are as follows:

The downside of React native CLI are as follows:

What are the pros and cons of Expo CLI?

The upside of Expo CLI are as follows:

The downside of Expo CLI are as follows

7 facts of comparisons between Expo CLI and React native CLI

It can be said from this discussion that both React Native and Expo are potential tools. It depends on your preference and your project requirements.

If you are a beginner to the concept of app development, you should choose expo CLI. Developers can add a wide variety of features. This makes the application scalable.

If you are already familiar with app development and want complete control of your application, you should go for React Native CLI. it can also offer you applications with native experience.

Still in doubt? You can hire react native developers from 4 Way Technologies.

What are the pros and cons of Expo CLI?

7 facts of comparisons between Expo CLI and React native CLI