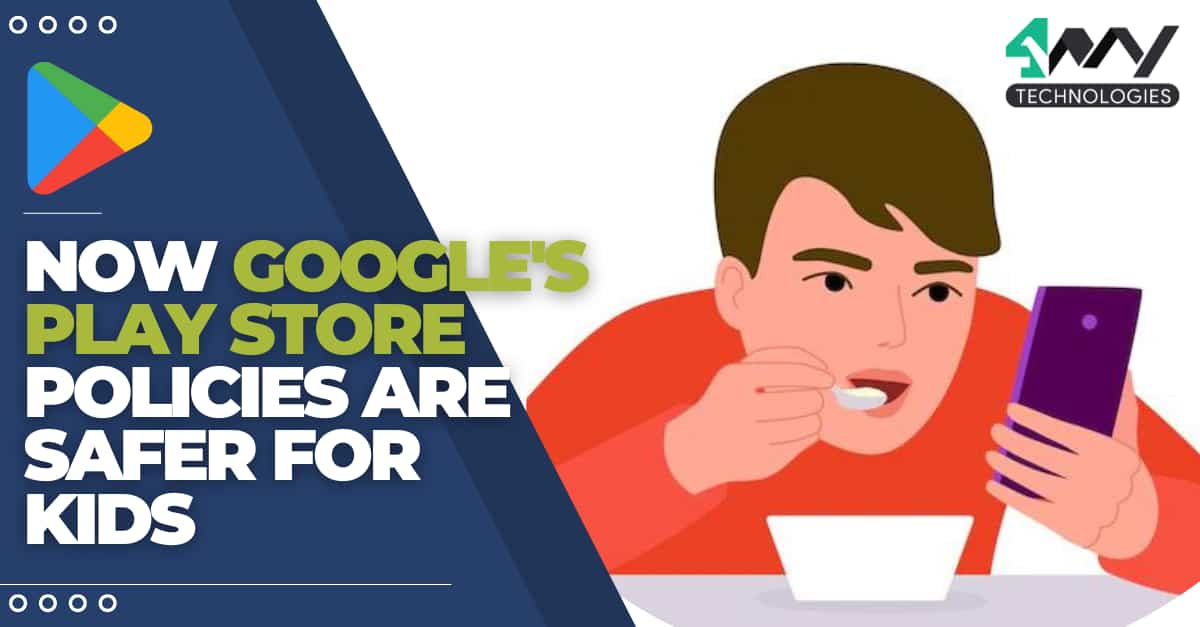 On November 16, 2022, Google Play announced certain changes to its policies and programs pertaining to the apps meant for kids. The updates, as outlined by the company, are an extension of its recently introduced "Teacher Approved" policies, which include a review process in which teachers and experts inspect apps not only based on safety but also based on the content (educational quality) they tend to offer.

These updates and changes in policies will oblige Android app developers to comply with restrictive laws while making apps for children. Users have to keep in mind segregating their target audiences so that they provide appropriate apps to the correct set of audiences. For example, gaming apps and health-fitness apps can never be listed as kid-based apps or family apps. Such kids' apps should also display suitable advertisements.

When developers are creating an app for families and kids, advertisements shown must be in the best interest of children and be following Google's Families Policy. This should consider families' self-certified advertisements and software development kits. To protect users and make things easier for Families developers, they recently updated SDK programs for Families' Self-Certified Advertisements. Furthermore, developers must confirm the SDKS version and its suitability for use with family-based apps. Google recently addressed their developers, saying, “We encourage you to begin preparing now before the policy takes full effect.”

To get added to the "kid's tabs," all apps that target children must display that they are complying with the Safety Families Policy requirements of Google Play. For this, users can refer to the badge in the data safety section (image 1). This is an excellent way that app development companies can assist target audiences in finding apps that meet their needs. This will eventually support Google Play's policy of providing users with greater control and transparency over their data. Furthermore, " Digital parenting" in the app will allow the parents to customize the content. It will, in turn, enhance parent-child interaction. 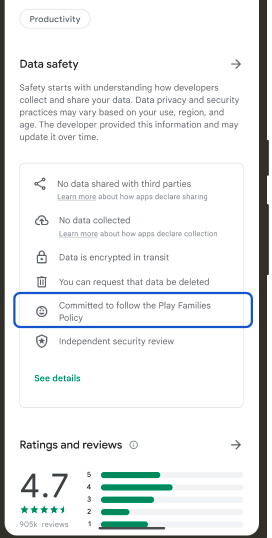 To wrap things up

As app developers, reaching maximum market penetration is always a key priority. Given that the use of advanced technologies to enrich the lives of families is on the rise, parents are naturally becoming more concerned about the content their kids are coming across. As developers, it is also on us to cater to this dynamic. Developers may be creating apps, particularly for kids, or the app may simply hold their attention, but whether they are complying with the Family Policy of Google Play is a matter of doubt. On this note, app developers must now take serious steps to ensure that apps meant for kids are safe for everyone, including families.

To wrap things up