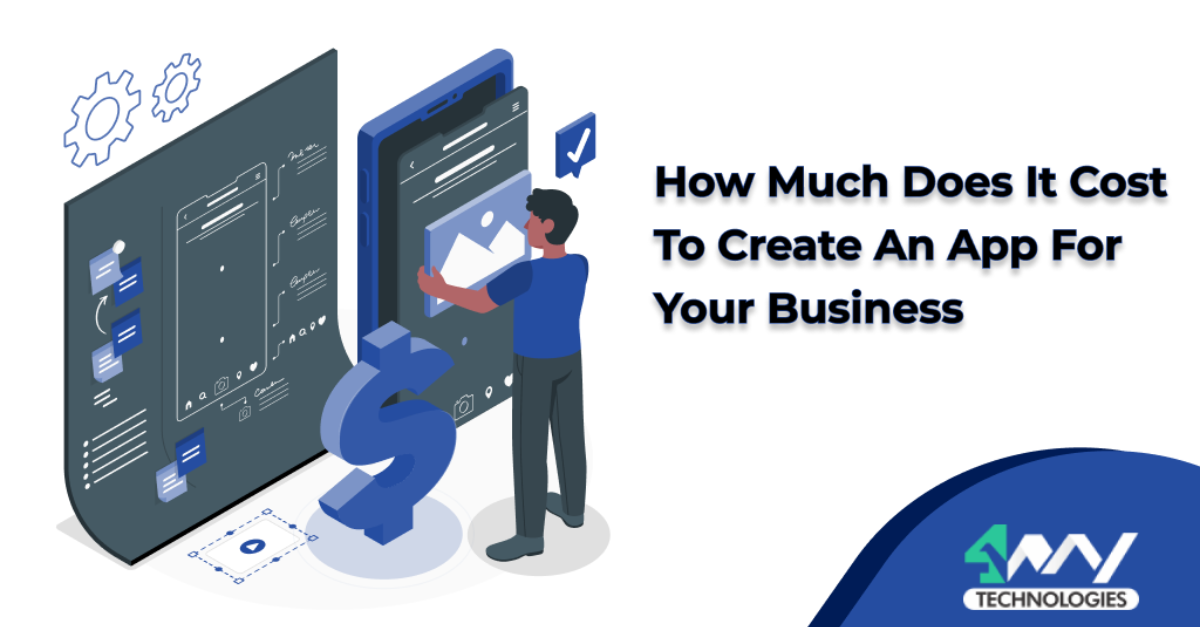 When we talk about developing a powerful and growth-oriented application for the betterment of a business, the first thing that strikes the mind of developers like you is the total cost required for the application development process. We are also aware of the fact that with the increasing demand for business-centric applications in the current time, the demand for developing these applications is also at its peak.

This is the primitive reason behind many organizations and businesses running after the future-centric and faultless applications for the growth, betterment, and efficient management of their businesses.

In this article, we are going to discuss various factors that combine together and contribute to the entire application development cost.

In today’s world of digitalization, more than 50% of internet users use mobile apps for a number of purposes like money investments, online shopping, banking, video conferencing, and more. Therefore, mobile apps play a crucial role for organizations to engage and attract their target audience.

Undoubtedly, calculating the entire cost required for building an app might be a puzzling job. But, you don’t need to worry as we will cover each and every cost consuming factor involved in the development process of a business-centric app in order to ease your work. Here are some of the major factors on which the cost of a business app development depends:

According to Statista, the number of mobile application downloads has been increasing at a rapid rate from the year 2016 to 2020. The graph given below shows the increasing trend in mobile app downloads with more clarity.

What is the Cost of Developing a Business Application?

The above table shows the estimated time and cost (USA) required to build an app according to the type of its complexity. The cost of app development also depends upon the type of platforms such as iOS and Android, which are the top two platforms on which most mobile applications run.

Moreover, there are various companies that provide their cost calculators for the precise calculation of your application. Additionally, you are required to send your query with proper documentation that must contain:

What is the Regional App Development Cost?

The cost of developing an application also depends on the region because different regions have different hourly rates for the development process of an app. This can be clarified further with the help of the table given below:

So, we can clearly notice the substantial difference in the rate per hour for different regions. However, the hourly rate also depends on the following factors:

What is the Total App Development Cost Based on Different Stages?

There are various stages that are responsible for contributing to the entire app development cost. The development stage includes various implementable features according to the requirements of a project. For example, the customizable infrastructure of the app, administration mechanisms of the app. Moreover, post-release services such as app maintenance and promotions also play their respective roles in the total app development cost.

Let’s shed some light on the stages written below:

Also, the structure of the team also varies depending upon the complexity of a specific project. Other factors such as the number of designers, front-end developers, admin panel designers, and back-end developers along with a project manager for smooth coordination during the workflow are also negotiable and contribute to the total cost of developing an app.

What is the Cost of Hiring an App Developer?

The cost of hiring an application developer depends on the location and complexity of the app. Each and every country has different rates and salary packages for an app developer. According to a research conducted by Indeed.com, the average salary of an app developer in the USA is approximately $85,000 per year. However, in Germany and Australia, the app developer hiring cost (in USD) would be around $66,000 and $76,000 respectively.

Similarly, the app developer hiring cost is way cheaper in India and would be around $4000 per year. The following graph will help you in understanding the cost of hiring a mobile app developer in different regions and locations:

Well! It is a fact that the two top-notch mobile operating systems that have been dominating the whole mobile app environment are none other than Android and iOS. Here are the following two graphs that will show you the highest paying cities in the United States of America, for both Android and iOS mobile app developers. Here are the eight cities paying the highest salaries to the Android app developers:

Here are some other factors contributing to the entire cost required to develop a successful business application:

1. Maintenance Cost of the App

The back-end data hosting of a mobile app is another important factor in the entire cost calculation of the app development process. It depends on the kind of data that your app possesses such as video, text, or audio. A mobile app with high media content would need more disk space, RAM, higher CPU, and more. Considering all these factors, your app hosting web server might cost between $70 – $300 per month approximately.

In order to make your app a successful one, one of the most essential steps is to monitor the performance of your app regularly. We all are aware of the fact that all mobile apps have a large number of users and a unique audience associated with them. So, it might not be feasible to get the accurate app monitoring cost. However, you can get in touch with various companies listed for app monitoring purposes and share your monitoring expenses with them.

The mobile app developers would need to pay the amount for a license if the design of their mobile applications includes payable technologies. In this way, it is also another factor contributing to the total cost of the app development process. A license fee depends on various factors such as the number of devices, annual fees to pay, and more. It might reach up to $110,000 annually for up to 50 devices.

Releasing your app is the final step that we implement in the mobile app development process. It depends on the platform for which the app has been built. The Android apps will be released on Google Play Store and iOS apps will release on Apple App Store. Both these platforms possess different charges for publishing your mobile app.

Additionally, as we have seen that the adoption rate for both Android and iOS platforms is high, therefore, choosing a mobile app for both platforms would be a smarter move that can help in enhancing the growth of your business. The best practice for that is to go with Minimum Viable Product (MVP) initially, which would be a cost-effective way. Another way is to go with Hybrid or Cross-Platform applications, which will also help you in reducing the entire app development cost.

What is the Cost of Developing a Business Application?

What is the Regional App Development Cost?

What is the Total App Development Cost Based on Different Stages?

What is the Cost of Hiring an App Developer?