How Figma will change now from the Adobe acquisition 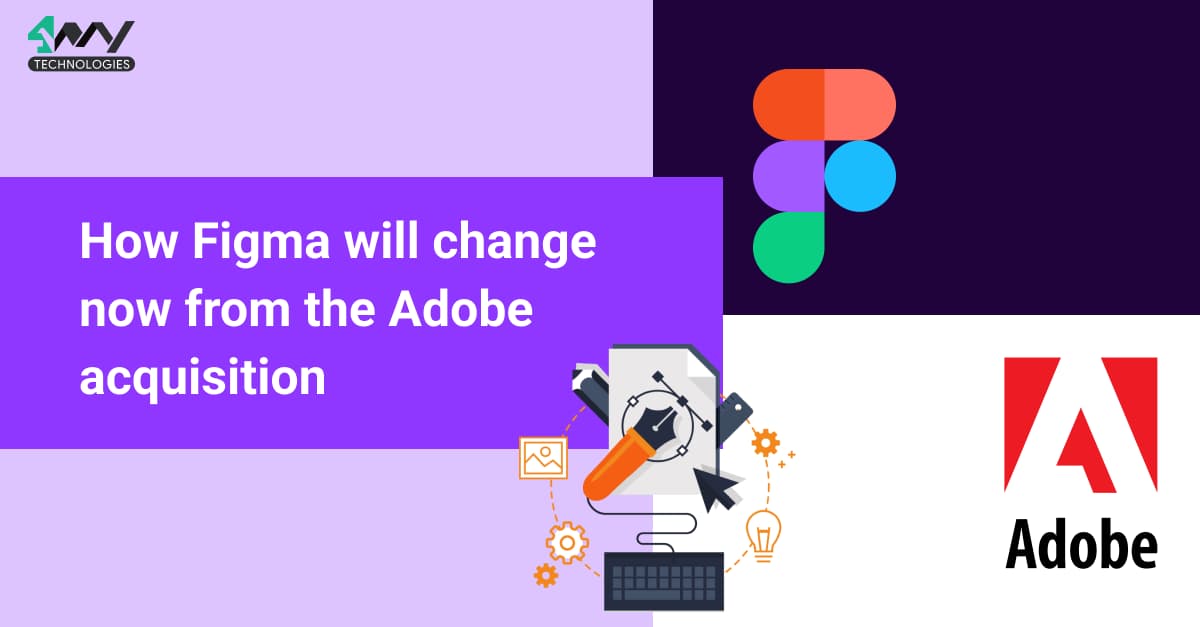 After it was introduced in 2012, Figma emerged to be a quite popular designing tool. It has simplified the process of UX and UI design. Despite being a recently introduced tool, users are preferring Figma over already eminent tools like Canva, sketch, and others.

Adobe has come under a definitive deal of $20 billion

As a startup established by Evan Wallace and Dylan Field, Figma performed better than expected. It became a widely accepted platform by users and experienced designers. However, in September 2022, one of its known competitors Adobe acquired Figma with a massive deal of $20 billion. It ended the long-age rivalry between the two companies.

Although a business acquisition is a commonly held practice for ages, this acquisition has turned out to be unanticipated news, particularly for dedicated Figma users.

What Figma already brings to the table. Figma never was just another designing tool. It improved the design prospect and outperformed all other design tools in terms of designer collaboration. Collaborating and working on pages, frames, and files built with Figma is as simple as collaborating on Google Docs. It became popular as a prototyping tool for websites, mobile applications, power BI reports, and others. Developers have evidenced a dramatic improvement in their design workflow after they started using Figma. Most importantly, the tool makes it easy for a team to collaborate making the design onboard interactive and exciting.

Why this acquisition with Figma? As per Bloomberg news, Adobe took this step to reach small businesses and consumers that they earlier had no access to. However, this deal negatively impacted the valuation of Adobe shares. The president of Adobe’s digital media business, David Wadhwani is optimistic that Figma will aid in improving the prime flagship applications of Adobe and leveraging its creative professionals to acquire new customers. He added, “The market opportunity here is massive, this was a great time to make that play,”.

On the other hand, Adobe paid 50 times their ARR to get into this definitive deal with Figma. Given the wide popularity of Figma, Adobe intended to eliminate market competition in the product design industry and integrate the Figma ecosystem into Adobe’s suite.

The diversified capabilities and web-based services of Figma will enhance the performance of Adobe’s Cloud technologies. Eventually, it will make the process accessible and more productive.

There is also good news for Figma as Adobe will be allocating $1.854 billion as golden handcuffs to keep and retain Figma's talents for a span of 4 years after this contract ends. They can unlock 25% each year within these four years. It will allow the Figma team’s core knowledge and expertise to stay intact and contribute to the strong community.

So what to expect now? Together, Adobe and Figma are anticipated to rethink the paradigm of innovation and project timelines, foster creativity on the platform, promote product design, and inspire communities of artists, designers, and developers around the world once they have merged. The merged business will be able to create considerable value for consumers, shareholders, and the industry, as well as a sizable, quickly expanding market potential.

"With Adobe's amazing innovation and expertise, especially in 3D, video, vector, imaging, and fonts, we can further reimagine end-to-end product design in the browser, while building new tools and spaces to empower customers to design products faster and more easily,” says Figma Co-Founder and CE, Dylan Field. He also added “My goal is that we look back at this acquisition as an inflection point where Figma started building even faster”.

Adobe has come under a definitive deal of $20 billion